Jeong Dong-won, who has always met the audience with a smiling face, came to the 26th Bucheon Film Festival with a slightly reminiscent appearance. It is to fulfill the official program of

– The film that made his acting debut was selected as the closing film of the 26th Bucheon Film Festival. I also participated in the red carpet event.

– You will meet the public through the public dialogue, which is the official calendar of events of

= Seeing all my flawed performances together is both terrifying and painful. So I try not to see myself playing. (Laughs) I was very nervous to see my acting scenes appear on the big screen. I hope the fans are satisfied.

– You are active as a singer and actor. In your experience, what are the differences between the two fields?

= I have a lot of confidence because singing is something I used to do. On the other hand, acting in a movie or drama for the first time is not easy. Every time I entered a new job, I didn’t get used to it. It’s great to see other actors meticulously analyzing the character and absorbing it into their own. This is the part that is still difficult for me. When acting, Jeong Dong-won often appears. Still, it’s appealing that acting is something you feel proud of when you complete a job. I will try to challenge acting bit by bit in the future.

– He seems to be a character who is always loved on set. He seemed to be close with actor Kwak Do-won in .

= Because I am the youngest in the world, the director and the actors take good care of me. get a lot of joy in , I took on the role of Kwak Do-won’s son, and after that he took care of me like my biological father, so it was easy to adapt. Not long ago, I went to Jeju Island on the entertainment show

– I heard that you learned music on your own. He was good at playing instruments like the saxophone. Are you interested in writing lyrics, composing or producing?

= Yes. Lately, I’m writing lyrics as they come to mind. Sometimes lyrics or notes come to mind, so I take notes. I’m fond of music, so I try to work on it as soon as possible. 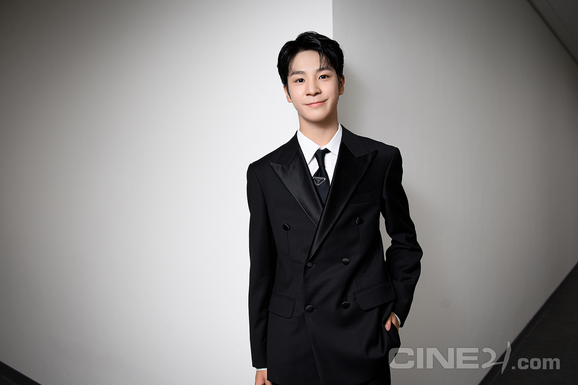 = I really want to work with Park Hyo-shin. I really like them

– He became a representative face of Hadong, Gyeongnam. “Jeongdongwon-gil” was created and he was also appointed as an ambassador for the Hadong World Tea Expo. It is no exaggeration to say that he is the son of Hadong. If you could recommend something you must try when visiting Hadong.

= We recommend the Geumosan zipline experience in Hadong. It is a zip line long enough to be connected to the roof of our house. It’s fun, so give it a try.