Home » Review of the film ‘Miracle’, a miracle by our side
Korean

Review of the film ‘Miracle’, a miracle by our side

There are villages where there are railways but no trains. Walking to other stations along the railway tracks is the only passage through which the villagers can move. As the dangerous moment repeats itself, young Jun-kyung (Park Jung-min) begins to write a letter to the president. By the time he reaches high school, Jun-kyung sends 54 letters asking him to build a real train station in the village. Director Jang-hoon Lee’s new film Miracle is based on the motif of Yangwon Station, the first private station built in Korea in 1988, to create the story of Jun-kyung and the villagers who yearn for the construction. from a station. The film gradually builds the relationship between Jun-kyung, his friend Ra-hee (Im Yoon-ah), his older sister Bo-kyung (Lee Soo-kyung) and his father Tae-yoon (Lee Seong-min), centered around from the station.

The film points out that Jun-kyung has two dreams: to open a train station and to study astronomy. The reason we need to focus on Junkyung’s love for astronomy is that it makes us wonder why Junkyung can’t let go of his love for the train station even though he admires the stars so much. The film carefully treats Jun-kyung’s confrontational attitude and adopts a strategy for the audience to naturally follow Joon-kyung and focus on the station. Today, when retro is all the rage, the 1980s, the backdrop for the room, must have been quite an interesting subject. However, the movie doesn’t just consume it stylistically. As well as retro costumes, tapes, videos, furniture, school supplies, and other low-key props are also supported, taking audiences back to the 1980s. The Unknown Beacon Dialect also serves as a device to add a sense of the reality to the characters. 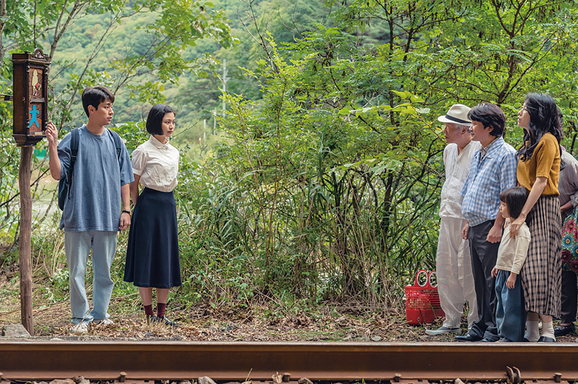 At the end of the film, the current Yangwon station is reflected on the screen. In the 1980s, when people looked forward to this moment, they naturally imagine what it would be like to be present outside of the movie. The story of those who create miracles themselves instead of waiting for vague miracles. The imagination of director Lee Jang-hoon, who started at Yangwon Station, spread to a film called Miracle and appeared before us.

Will Adivi Sesh’s next Bollywood movie be a spy thriller?