Rian Johnson Wanted The Last Jedi To Have ‘Hell’

“This whole poisonous idea of ​​creation [IP] it has completely seeped into the foundation of the narrative. Everyone’s just thinking, ‘How do we keep milking it?'” 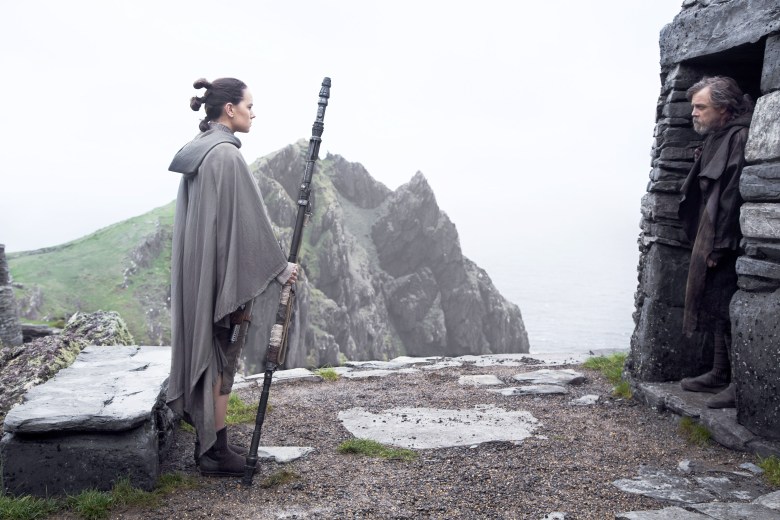 From “The Last Jedi” came out in 2017, director Rian Johnson the film has been championed by manyStar WarsFan who took issue with how the middle installment of the sequel trilogy played with franchise conventions. In a recent interview with The AtlanticJohnson spoke about the film’s divisive ending, saying he wanted to give it an air of finality to combat the “poisonous idea” of intellectual property that has plagued storytelling in cinema.

“Look, as far as the Star Wars movie I did, I tried to give it a hell of an ending,” Johnson told the Atlantic. “I love endings so much that even doing the middle chapter of the trilogy, I tried to give it an ending. A good ending that recaps everything that came before and makes it a beautiful object unto itself — that’s what makes a movie a movie. It feels like there is less and less of it. This whole poisonous idea of ​​creation [intellectual property] it has completely seeped into the foundation of the narrative. Everyone’s just thinking, “How do we keep milking this?” I love an ending where you burn the Viking boat at sea.”

This isn’t the first time Johnson has revisited “The Last Jedi” in the press. In a career that spans video interview with GQthe “Glass Onion” director criticized the film’s comedy, which some fans criticized as too broad.

“Anyone who thinks slightly silly humor has no place in the Star Wars universe, I don’t know if they’ve seen ‘Return of The Jedi,'” Johnson said. “The slightly self-aware element of happy humor is something that is integral to ‘Star Wars.’ It’s not all about, and we’re also very serious. And I think that kind of daring balance of those two things is also something that’s part of ‘Star Wars.'”

Although “The Last Jedi” remained a controversial entry in the divisive “Star Wars” franchise, Johnson stood by the film, saying he’s “even prouder” of it five years later in a recent interview with Empire Magazine. The director is still intent on spearheading a new trilogy of “Star Wars” films, though recently he said “It wouldn’t be the end of the world” if the project didn’t end.

Register: Stay up to date on the latest movie and TV news! Sign up for our email newsletters here.

Game Of Thrones actress Nathalie Emmanuel says RRR is a sick movie: ‘The dancing itself is absolute fire’ : Bollywood News