Pakistani actors Sajal Ali, Kubra Khan and Mehwish Hayat have rubbished claims that they were being used as ‘honey traps’ by the country’s military. Sajal Ali, who appeared opposite Sridevi in ​​the Bollywood film ‘Mom’, said that character assassination is the worst form of humanity and sin.

“It is very sad that our country is becoming morally vile and ugly; character assassination is the worst form of humanity and sin,” the 28-year-old actor tweeted.

It is very sad that our country is becoming morally vile and ugly. Character assassination is the worst form of humanity and sin.

Her statement comes after a retired Pakistani army officer, Adil Raja, claimed in a YouTube video that some of the country’s female actors were being used by the military to frame politicians. He does not name the actors in the video, but gave their initials.

Internet researchers quickly concluded that the actors in question could be Sajal Ali, Mahira Khan, Kubra Khan and Mehwish Hayat.

Kubra Khan also responded to the ex-serviceman’s allegations by saying that she will take action against him. In an Instagram story, she wrote: “Shut up at first because obviously a fake video isn’t going to understand my existence, but ENOUGH.”

He asked Adil Raja to produce proof within three days or issue a public apology. 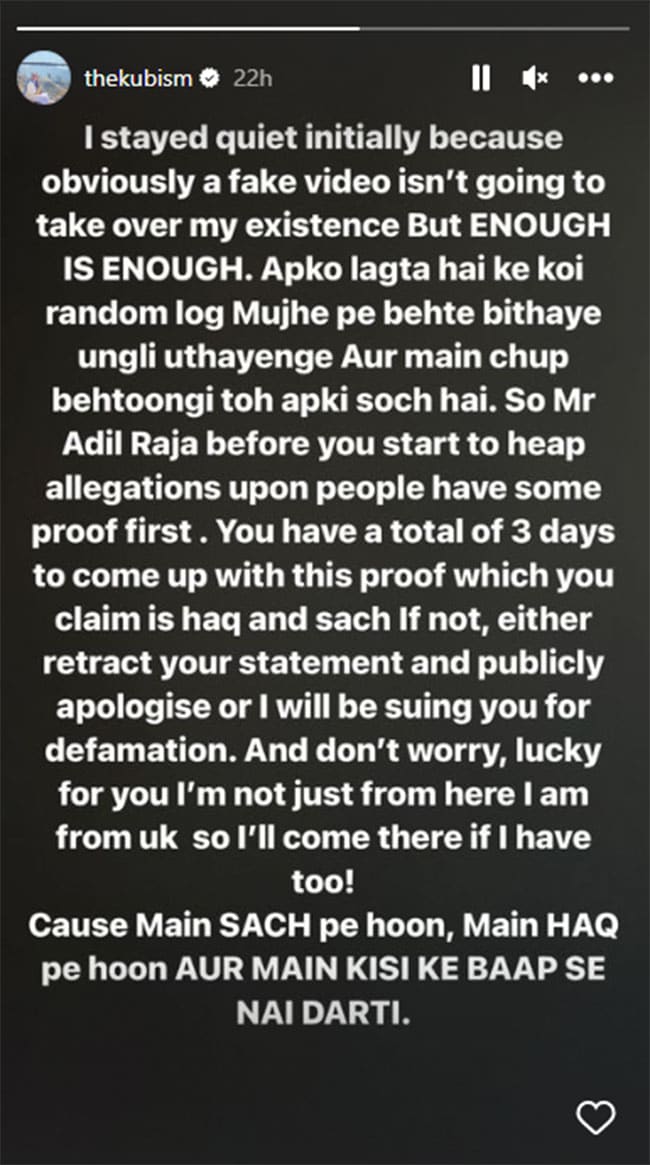 Mehwish Hayat, who played a key role in the Marvel show “Ms Marvel”, termed the allegations baseless and said this should stop now.

“Shame on you for spreading baseless claims and insinuations about someone you know nothing about and even more shame on the people who blindly believe this bullshit,” Mr Hayat wrote on Instagram.

“But that ceases and desist now! I will no longer allow anyone to defame my name in this way,” he added. 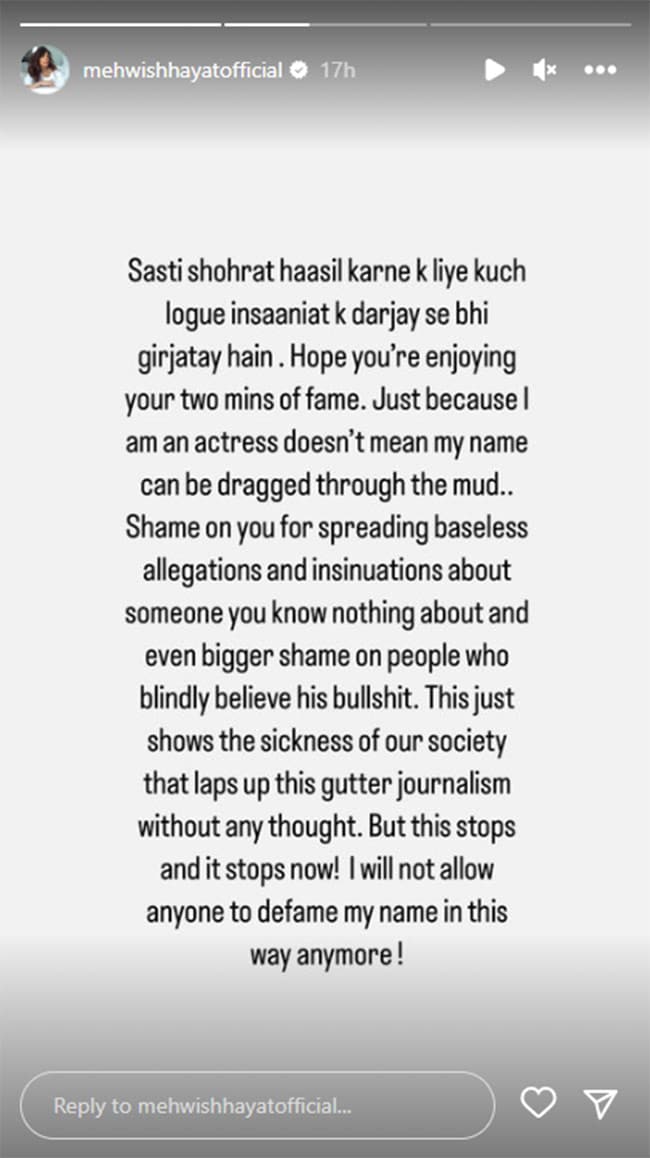 Actresses Mahira Khan refrained from reacting to the ongoing controversy.

Featured video of the day