Home » 15 Years Om Shanti Om: Arjun Rampal cornered by Shah Rukh Khan and Farah Khan at a party. they dragged him to the toilet and insisted that he sign the film : Bollywood News
Bollywood

15 Years Om Shanti Om: Arjun Rampal cornered by Shah Rukh Khan and Farah Khan at a party. they dragged him to the toilet and insisted that he sign the film : Bollywood News

Om Shandi Om (2007) turned 15 on November 9. The film worked not only because of the concept, the mass quotient, the music and the reincarnation element, but also because it had great casting. While Shah Rukh Khan played the lead role, debutant Deepika Padukone was the female lead. Arjun Rampal was the antagonist and Shreyas Talpade played the role of the actor’s best friend. In the book ‘The Making Of Om Shanti Om’, author and also the writer of the film Mushtaq Shaikh reveals how Shreyas Talpade and Arjun Rampal were cast.

15 Years Om Shanti Om: Arjun Rampal cornered by Shah Rukh Khan and Farah Khan at a party. they dragged him to the toilet and insisted he sign the film

Mushtaq Sheikh that Vinay Pathak and Ranvir Shorey were considered for the role of Pappu but did not get the role as they were considered “too urban”. Mushtaq writes, “Shreyas Talpade, however, was down-to-earth and he and Shah Rukh, with that hair and clothes, were seen as very desirable, which was good.”

Shah Rukh Khan was quite happy with the casting of Shreyas. Mushtaq Shaikh says he overheard SRK telling director Farah Khan, “Shreyas Talpade keeps me on my toes. Glad you got him. It’s been a long time since I’ve worked with an actor who forces me to improvise, and I was able to concentrate on my lines.”

As for the role of villain Mukesh Mehra, the first choice was Vivek Oberoi. Two talks happened – one with Vivek and the other with the actor and his father Suresh Oberoi, after which Vivek decided to decline the offer. 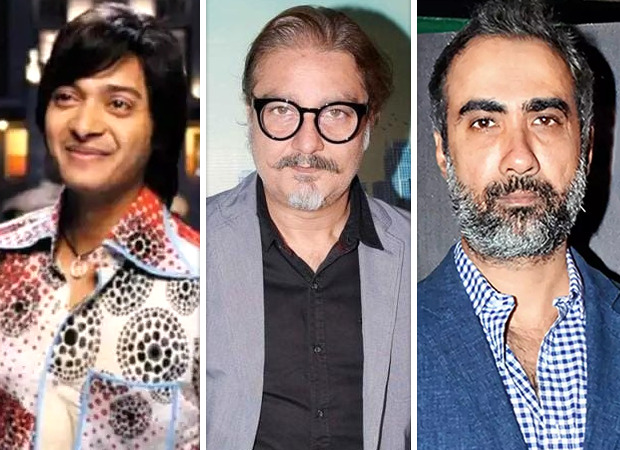 The next choice, writes Mushtaq Shaikh, was Arjun Rampal. But the daring actor was too scared to do the film. That’s when Shah Rukh Khan and Farah Khan did the unthinkable! Mushtaq reveals, “He was huddled at a New Year party when Shah Rukh and Farah dragged him to the toilet and told him you’re not doing anything, you’re doing the film. It was so long in there that people started breaking down the door!’

Finally, the evergreen Simi Garewal offered to play the host in the premiere scene. But since she refused, Arti Surendranath played the role.

Read also: 15 Years of Om Shanti Om: The unit members had a hard time getting a snow globe. Shah Rukh Khan even went through Suhana’s toys to find it