Back in 2016, Fawad Khan was on the rise in Bollywood after back to back hits like Khoobsurat and Kapoor & Sons.

However, due to strained political relations with Pakistan, all artists from the neighboring country faced a ban.

After being banned from Bollywood, Fawad scaled new heights with his acclaimed Hollywood debut in the Marvel Cinematic Universe series Ms. Marvel.

And now, he is finally back on the big screen with the biggest and most expensive Pakistani film till date. The Legend of Maula Jatt.

The synopsis of the film reads, “Maula Jatt (Fawad Khan), a fierce prize warrior with a tortured past seeks revenge against his arch-nemesis Noori Natt (Hamza Ali Abbasi), the most feared warrior in the land of Punjab. Loyalty is challenged and families are torn apart in an epic story of truth, honor and justice.”

The trailer of the film was first released in December 2018 for an Eid 2019 release. However, due to legal issues, The Legend of Maula Jatt it was finally released three years later on October 13, 2022.

Upon its release, the highest-grossing Pakistani film received positive reviews from critics and audiences and reflected in its box office record. 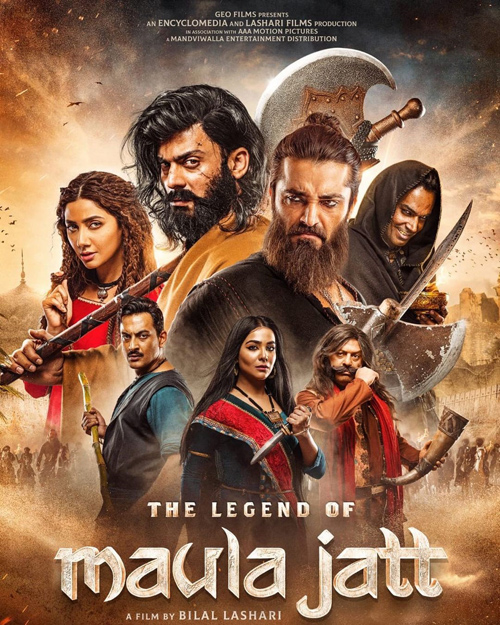 Expressing excitement over the film’s massive success, writer, director, cinematographer and editor Bilal Lasari told the website, “I am beyond overwhelmed by the love the film has received from audiences and critics across the world. We are so proud that The Legend of Maula Jatt has been instrumental in putting Pakistani cinema on the global map as it continues to win hearts in theaters around the world.”

The film has not been released in India and is currently not available for streaming anywhere in the country.