Home » Must Read! This is how the Bollywood diva Madhuri Dixit describes the co-stars of Salman Khan, Akshay Kumar and Shah Rukh Khan
Bollywood

Must Read! This is how the Bollywood diva Madhuri Dixit describes the co-stars of Salman Khan, Akshay Kumar and Shah Rukh Khan 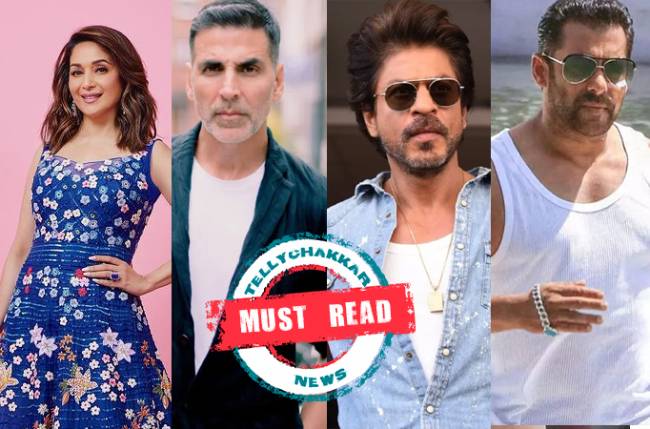 With Shah Rukh, Madhuri has made films such as Dil Toh Pagal Hai, Devdas, Koyla, Anjaam and many more. He has also made many films with Salman, some of which are Hum Aapke Hain Koun ..!, Saajan, Hum Tumhare Hain Sanam and Dil Tera Aashiq. Madhuri, Akshay and Saif were seen together in the 1999 film Aarzoo.

In an interview with Siddharth Kannan, Madhuri talked about her experience working with Shah Rukh, Akshay, Salman and Saif. He said, “SRK is a very chivalrous guy, who always cares by saying, ‘Are you comfortable, are you okay?’ he is a very careful man. Akshay was very impulsive and always wanted to prove himself, he was a practical joker in sets. Saif one-liners are very funny. Salman is very naughty, he is not noisy but very naughty. Unka ek swag hai (has swag) ».

With the Netflix series The Fame Game Madhuri made her OTT debut. In the show, she appears to play the role of a Bollywood superstar Anamika Anand, who suddenly disappears without a trace. Her disappearance provokes an investigation, which leads to a detailed examination of her life. Actors Sanjay Kapoor and Manav Kaul are also part of the exciting series, produced by Karan Johar.