There is an infinity of content such as films and novels imagining the “city of the future”. Through these media, we have indirectly experienced the future city since childhood. SK Telecom has created a space where you can directly discover the future city beyond this indirect experience. It’s ‘Tium’.

Teum is a space created by SK Telecom at its headquarters in Euljiro to present its future vision of ICT. With a total area of ​​1,370 m² (414 pyeong), the ICT experience room allows you to discover the underwater city, the flying car (UAM) and the hyperloop that we have imagined.

Teum is a name that combines ‘T’ for technology and telecommunications, and ‘um’ for museum and germination. It contains SK Telecom’s philosophy of germinating the future with new ICT technologies beyond a mere experience space and benchmark.

The first thing you’ll encounter after passing through the Teum Gate is the hyperloop, a high-speed transport vehicle from the future. Hyperloop is a means of transport at a speed of 1300 km/h. This is the speed that makes it possible to travel from Seoul to Busan in 15 minutes. It is also environmentally friendly by using solar energy as fuel.

This hyperloop set up by SK Telecom can not only move on Earth, but also go from Earth to the Space Control Center.

The Space Control Center is a place that monitors the security of Earth. He observes not only the security on Earth, but also the movement of the solar system. It will also handle emergency situations in the event of an asteroid impact.

In this space, you can have not only a simple visualization, but also an experience assuming a volcanic eruption situation on Earth using a VR device. 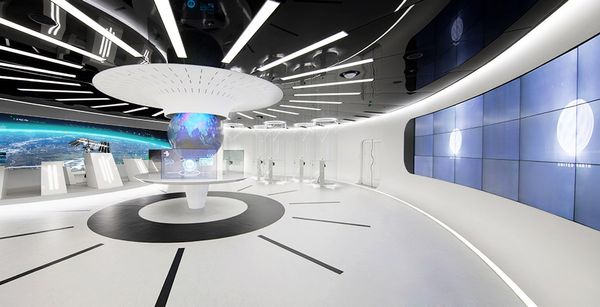 ■ ‘Highland’, a city of eco-responsible automation connected to hyper-connection

The future “Highland” city implemented by SK Telecom, where AI is applied to various services, encompasses society as a whole, and people use the metaverse to overcome space constraints, and the whole world shares and solves social agendas.

UAM has been activated in the city to provide a self-driving transport system that covers ground and air, and a vertical farm that solves human food problems with advanced agricultural technology or clean infrastructure that does not emit greenhouse gases has been applied.

In particular, Highland is a technology cluster that SK Telecom is emphasizing. All buildings and UAMs in the city are connected into a single system, and the energy that moves the city is also connected to the entire city, allowing for efficient distribution. 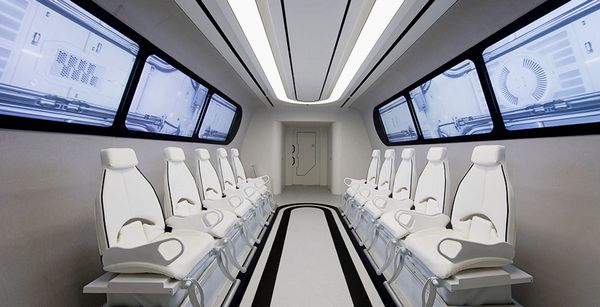 The space shuttle implemented at SK Telecom Tium of all time.ⓒSK Telecom

■ Become a new landmark in Korea

Since its opening in 2008, T.UM has continuously transformed into a new form by applying experience elements of ICT technology.

So far, 160,000 people from 180 countries have visited Tium, and it is popular with visitors from all over the world as around 40% of total visitors are foreigners. Foreign distinguished guests and executives of major global companies also consider T.UM a must-have course when visiting Seoul.

As a result, T.UM was selected as one of “13 Must-See Attractions in Seoul” selected by CNN in 2013, and its overseas status as receiving the highest award for “Expo/Commercial Exhibition” (2019) at the world famous iF Design Awards were awarded

Currently, T.UM is well received by visitors for realistically telling the story of a future world where mankind, having advanced into space and the seabed into the future 30 years later, does not more than one with artificial intelligence (AI) and high speed. networks, with state-of-the-art ICT equipment.

Extremely immersive creating a future society with the latest equipment, such as the thrilling visual beauty that unfolds on an extra-large holographic screen that is hard to find in everyday space, a VR device that even detects your finger movements , and 360 degree images that convey temperature and shaking.

An SK Telecom official said, “T.UM goes beyond the meaning of an exhibition hall that expresses a future city, and contains SK Telecom’s philosophy of sprouting the future with new ICT technologies. . And I draw a picture of a sustainable life in which the environment, humans and technology coexist.

Dalip Tahil was 31 when he played Aamir Khan’s father in Qayamat Se Qayamt Tak: “I was not even married”