Home » “Beyond Infinite Space!” Toy Story Andy, There Was A Reason He Fell In Love With Buzz
Korean

“Beyond Infinite Space!” Toy Story Andy, There Was A Reason He Fell In Love With Buzz

Pixar’s first animated feature “Toy Story,” released in 1995, begins with the main character, Andy, receiving a new Buzz Lightyear toy as a birthday present. Cowboys, dinosaurs and potato-headed toys are all behind the scenes with the rise of fashionable astronauts. “What kind of movie did Andy really fall in love with Buzz?

The animated film “Buzz Lightyear”, which will be released on the 15th, is a derivative work that began with such a question. Director Angus MacLaine explained that “Buzz made up a story that became Andy’s favorite toy”. 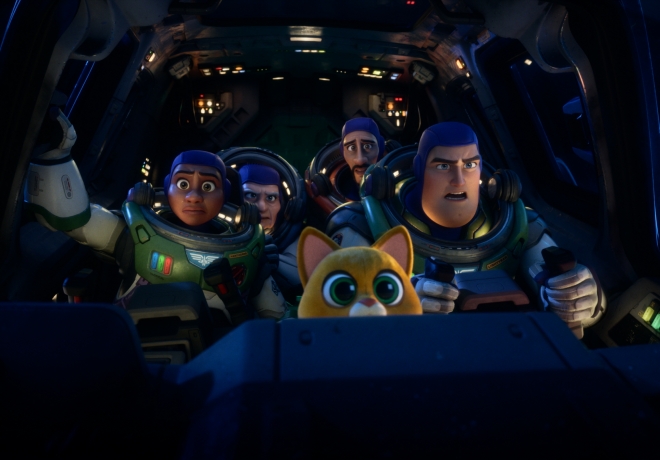 The film follows Buzz, an ever-confident veteran astronaut, who goes on a mission to an alien planet and isolates himself. On the way home, his mistake causes the airship to crash and Buzz struggles to escape with the guilt and more.

Just as the Buzz toy in “Toy Story” thinks he’s different from other toys at first, the Buzz astronaut in “Buzz Lightyear” is also unique. It shows a side of self-awareness, such as the continuous recording of voice recordings even when no one is around, while also revealing a self-righteous figure who refuses to reach out to his colleagues.

Nonetheless, it fully explains why kids everywhere, including Andy, had no choice but to love Buzz. A spirit of challenge that constantly navigates in an unknown world shouting “beyond infinite space”, a sense of responsibility to make up for mistakes, altruism not to sacrifice others, and finally the sharing of strength with his colleagues… . Although neither stronger than anyone nor possessing the most advanced weapons or superpowers, ‘Human Buzz’, who grows up with his colleagues, may be closer to a hero than anyone else. anyone else.

In particular, Buzz’s enemy Zerg, who also appeared in “Toy Story 2”, should show up seriously. The Zerg, the captain of the alien spaceship, appears with an army of ruthless robots, and as the production team said they wanted to praise the sci-fi genre such as “Star Wars”, the battle against the zerg is also fun as a space opera.

The role of Buzz is played by Chris Evans, who took the world by storm in the Avengers series “Captain America”, and Taika Waititi, who directed the series “Thor”, will play Mo, an elite unit of Buzz this time. Keke Palmer and Debbie Souls joined as Lee Ji and Darby, another elite unit. In this work, Korean-American animator Peter Son plays the companion robot cat, Sax, whose fatal kindness and sense of purpose melts audiences’ hearts. 105 minutes. full audience.

Ranbir Kapoor on holiday with his wife Alia Bhatt: “We do not feel married, we are thinking of going…”